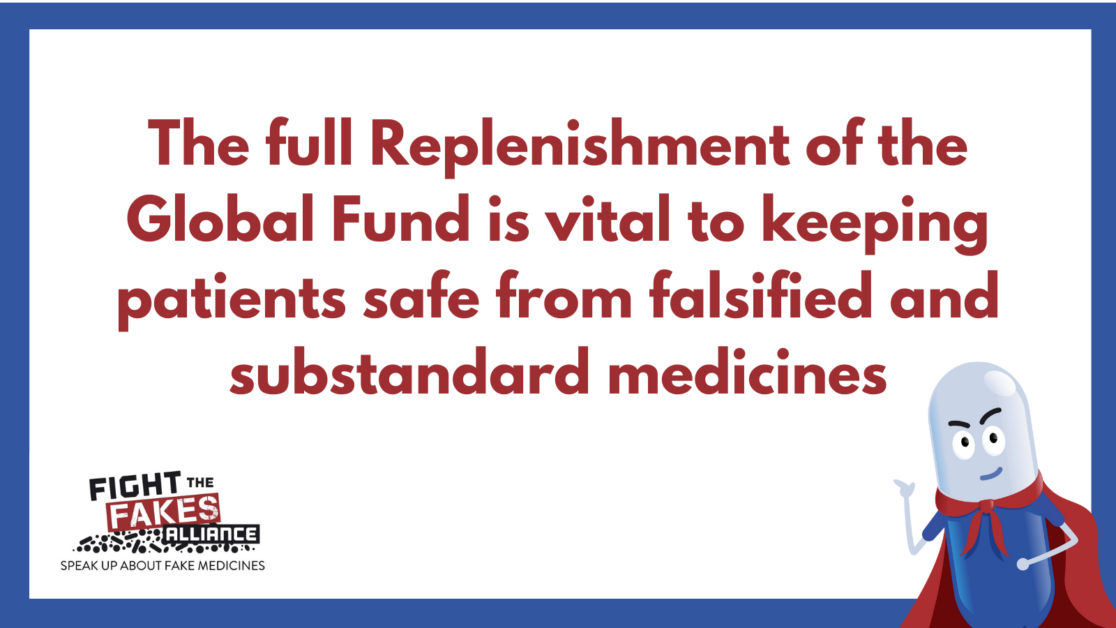 Fight the Fakes Alliance calls upon national governments to ensure that the 7th replenishment of the Global Fund to fight AIDS, Tuberculosis and Malaria, planned for September 2022, is met in full to help avoid the entry of substandard and falsified medicines in low-and middle income countries.

The replenishment of a minimum $18 billion is of vital importance since the Global Fund only procures quality-assured medicines and medicinal products for low-and middle-income countries. If the replenishment is not met in full, then countries could be forced to procure non-quality-assured medicines instead. The demand could lead to the increase of substandard and falsified medicines reaching patients through illegitimate or illegal ways. Not only does this jeopardize the progress made so far in halting the progression of these diseases, but it directly puts patients’ health and lives at risk. With a successful replenishment, the Global Fund will also increase its efforts to strengthen health systems more broadly over the next 3 years.

It is estimated that every year, fake malaria, and tuberculosis medicines kill 700,000 people[i]. Antimicrobials such as antimalarials are the most reported substandard and falsified medicines and falsified or substandard treatments contribute significantly to the global burden of infectious diseases and antimicrobial resistance. In the case of TB, poor quality anti-TB medicines is a key driver when it comes to the emergence of drug-resistant TB pathogens[ii]. HIV drugs are no exception, and there have been numerous cases of patients who have been sold falsified anti-retroviral medicines (ARVs) all over the world, with serious consequences for their health[iii].

Whilst nearly any type of pharmaceutical product can be and has been falsified, the number of substandard and falsified medicines used to treat malaria, tuberculosis and HIV/AIDS is of particular concern. For this reason, the Fight the Fakes Alliance calls upon the solidarity of high-income countries’ governments in particular: now is the time to be bold and increase pledges so the global programmes to tackle HIV, TB and malaria are fully funded in order to avoid millions of preventable deaths, to meet the Sustainable Development Goals and ensure preparedness for future health crises.

About Fight the Fakes Alliance

Fight the Fakes (FTF) Alliance (commonly referred to as ‘Fight the Fakes’) is a multi-stakeholder non-profit association that aims to raise awareness and influence change about the proliferation of substandard and falsified medicines. Substandard and falsified medicines not only put patients’ lives at risk but undermine trust in healthcare systems and modern medicine, and hamper crucial progress made so far by countries towards universal health coverage.  The Fight the Fakes Alliance gives a voice to those who have been personally impacted and shares the stories of those working to put a stop to this threat to public health. It seeks to build a global movement of organisations and individuals who will shine a light on the threat falsified and substandard medicines pose to patient safety and health systems and to achieving universal health coverage. Fight the Fakes’ diverse membership shares the belief that coordination among all stakeholders working along the medical supply chain is essential if we are to tackle this global health threat.

About substandard and falsified medical products

The World Health Organisation defines falsified medicines as medicines that deliberately/fraudulently misrepresent their identity, composition, or source. Substandard also called “out of specification”, these are authorized medical products that fail to meet either their quality standards or specifications, or both. 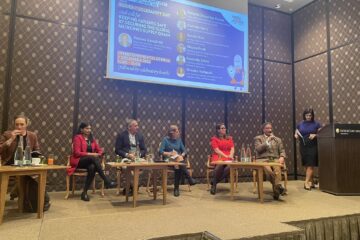