Study reveals how little US citizens know about fake medicines

A new Sanofi survey reveals that only 12% of USA citizens know about fake medicines, and the majority feel they not to have enough information about this issue.

Highlights from the study:

“Counterfeit medicines are a crime against public health and a growing global crisis […] The findings of this study demonstrate that the burden is still too poorly perceived by populations as a whole, and underline the need for the public at large to be better informed about the risks involved“, declared a representative from Sanofi.

For more information, read about the survey and download the US counterfeiting infographic above, or visit Sanofi’s website.

Think knowledge of fake medicines is any better in Europe or in Asia? Clink on the hyperlinks for more info or check how the three studies have been compared here. 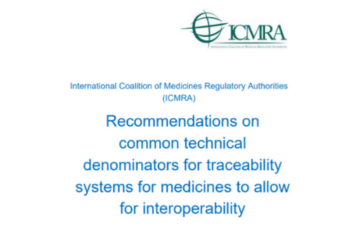 The International Coalition of Medicines Regulatory Authorities (ICMRA) has development of a policy paper on national traceability systems for medical products with a strong focus on interoperability. Interoperability is key in the fight against fake medicines as Read more…