Once it’s circulating,  no-one can escape.

As a child growing up in Cameroon, I watched family members die from various diseases due to a lack of access to adequate medical treatment. I witnessed first-hand, and heard many more stories, of street peddlers selling all kinds of drugs, be it counterfeit or not, to gullible customers who believed these drugs were the answer to all their health problems. Inadequate research and regulations to ensure medications meet specific standards in such settings inspired me to pursue training in pharmacy. My vision was to be at the forefront of ensuring that safe and affordable medications were made available to people in resource-limited regions, and that the medications were used for the correct clinical indications.

During my pharmacy training at Long Island University in New York, I came to understand that a myriad of factors, including stricter drug regulations and policies, surveillance, research, and well-trained human resources, were all instrumental in the battle against drug misuse, counterfeits, and accessibility. It was only after working as a pharmacist with Doctors Without Borders/Medecins Sans Frontiers (MSF) in South Sudan and Uganda that I understood the global threat of fake drugs in society.

Up to this point, my experiences with fake drugs were personal. I remember my classmate who was  about to have her sixth child and did not understand how it was possible after being on two different birth control pills. Then there’s my aunt who keeps relapsing with typhoid fever despite completing treatment. And my grandmother with uncontrolled high blood pressure even after diet modifications.

On a recent visit to Cameroon, I learned of an acquaintance who had a small “pharmacy” shop close to a bustling university campus. This person had no formal medical training but was dispensing commonly used drugs for treatment of STIs and malaria, among others. On further inquiry, I learned medications were dispensed at the patient’s request, often without any evaluation or a prescription from a licensed medical practitioner. These unregulated medications are easily attainable and sold in several communities in Cameroon.  As a result, I began to wonder about the public health implications of such potentially dangerous operations on the health of the community and similar populations globally.

It’ll take a lot of community awareness and education for folks to understand how dangerous fake drugs can be to the body and, even more importantly, the rise of resistance from fake antibiotics. Resource limited settings are at a disadvantage in terms of handling this threat and so we must be at the fore front of spreading the word and making this issue more visible. But, this isn’t a local problem, it’s  a global public health threat that calls for global, coordinated action from all players.

As soon as I came across #fakemeds on twitter, I just knew I had to get involved in whichever way I could to raise awareness of the public health threat of fake medicines. 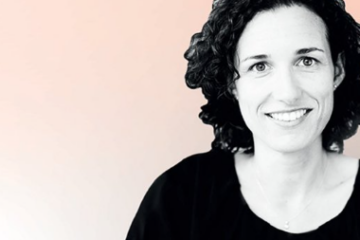