This article was originally published on SciDevNet on 14 December 2020.

COVID-19 has spawned a “stark rise” in the global circulation of fake medical products relating to the pandemic, experts warn as they launch an alliance aimed at tackling the scourge.

The Fight the Fakes (FTF) Alliance, a non-profit association comprising 16 organisations from manufacturers to wholesalers, and research and patient groups, aims to raise the profile of an issue it views as long under-addressed globally, with a disproportionate impact on low- and middle-income countries.

One in 10 medical products in developing countries is either substandard or falsified, according to World Health Organization (WHO) figures from 2017. And some research suggests the prevalence of fake medicines can be as high as 70 per cent in some African countries.

Fight the Fakes began seven years ago as a grassroots advocacy campaign, but Adam Aspinall, chairman of the new association, says forming a formal non-profit alliance takes things to the next level – potentially helping establish closer ties with the WHO and attracting a broader membership. “It gives us a lot more clout when it comes to raising the message,” he says.

Between 2013 and 2017, the WHO received 1,500 reports of substandard or falsified medical products. Apart from antibiotics, fake and substandard antimalarials were most commonly cited and are estimated to cause 116,000 additional deaths annually in Sub-Saharan Africa, while creating almost US$40 million in medical care costs in the region.

Aspinall, who is also senior director for access and product management at Medicines for Malaria Venture, points out that fake medicines lead to a variety of other issues; substandard antimalarials, for example, can increase the risk of drug resistance.

One of the big problems with tackling fake medicines is the lack of national regulatory and technical capacity, says Aspinall, adding: “The countries that are most affected probably have the least capacity to identify and deal with this issue.”

The FTF Alliance hopes to expand its partnerships globally. “The more people we can get involved the better,” says Aspinall. “We can leverage the expertise within our membership to help support countries who want to build capacity.”

He says the Alliance has been discussing potential awareness-raising initiatives next year in African countries including Ghana and Kenya.

Greg Perry, vice-chair of the FTF Alliance and assistant director general at the International Federation of Pharmaceutical Manufacturers and Associations, says some African health ministers have told him that counterfeit medicines were their top concern.

“One of them said it was like a plague,” he says. “For many countries, it’s appalling. People are spending money out of their pocket on stuff that either doesn’t work or is not good for them.” Copyright: Image by Steve Buissinne from Pixabay. This image has been cropped.

COVID-19 has resulted in a surge in falsified medical products, causing concern at a time when vaccines are being developed.

A recent report by the United Nations Office on Drugs and Crime (UNODC) highlights that people deprived of essential medical products in some African countries may accept falsified alternatives under fear and uncertainty engendered by criminal groups.

Angela Me, chief of the Research and Trend Analysis Branch at the UNODC, said: “With vaccines gradually emerging around the globe, it is likely that criminal groups take advantage of the gap between demand and supply.

“It can be expected that vaccines will be subject to falsification, theft and diversion by organised criminal groups.”

Adding to the problem, data gaps make false medicines hard to track. Pernette Bourdillon Esteve, team lead for incidents and for substandard and falsified medical products at the WHO, highlights that they often look like the real thing and may need laboratory analysis to confirm they are fake. “Reporting [of fakes] must be encouraged in a transparent way at all levels,” she said.

The WHO’s database of falsified and substandard products has been in place since 2013. Esteve points out that countries have also sought more cross-border collaboration through projects such as the African Medicines Agency, and the Lomé Initiative adopted by seven African countries early this year.

However, key to tackling the problem is helping people to identify counterfeit products, believes Aspinall. “This is ultimately a grassroots thing, where people have to go into villages and teach people how to identify them,” he added. “And that if they’re concerned, they should raise concerns with a health professional.” 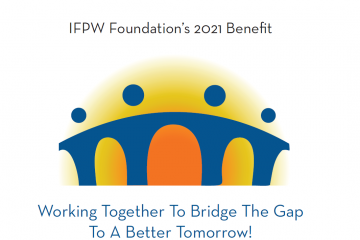 Every year our founding member IFPW Foundation organises its central fundraising event, thanks to which also the mission of Fight the Fakes is being supported! This year the benefit will take place online which means Read more… 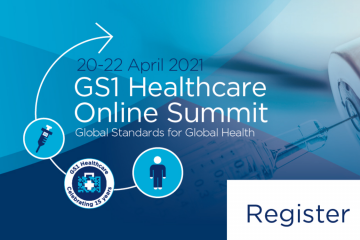 The GS1 Healthcare Online Summit is a 3-day event (20-22 April 2021) organised by GS1, who is one of the founding members of the recently launched Fight the Fakes Alliance. The event offers the opportunity Read more… 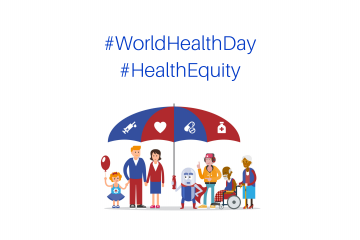 World Health Day celebrated under the theme of Health Equity

Today, on 7 April, the global health community is celebrating World Health Day under the theme of Health Equity, proposed by the World Health Organisation (WHO).  The COVID-19 pandemic has intensified social, economic, and health inequities. Living a healthy live, Read more…