On April 24th, the International Conference organized by the Italian Medicines Agency (AIFA) in the framework of the European Project “Fakeshare – Sharing intelligence and science about fake medicines and illegal websites” was held in Rome. The event involved more than 130 representatives from both national and international institutions involved in initiatives against illicit sales of medicines.

Among the achievements discussed were the database of illegal e-pharmacies, the core of the Fakeshare project, the collaboration with LegitScript – the American certifying body that supports AIFA in tackling illegal websites, and various other communications and information tools from Italy, Spain, and Portugal.

The conference was also the opportunity to launch Fakeshare II, an evolution of the activities already started by the partners of Fakeshare and of the patterns of cooperation already successfully tested with Farmindustria, Asso-Ram and Ministry of Health during recent joint investigations. Representatives from many professional associations participated in the discussions and pledged support for Fakeshare II, among them, our Fight the Fakes partners, the International Federation of Pharmaceutical Manufacturers & Associations (IFPMA), Alliance for Safe Online Pharmacies (ASOP), the wholesalers’ association GIRP. Other partners of Fakeshare II includes parallel-traders associations EAEPC, the generic and biosimilars medicines industry associations EGA and Assogenerici, and the wholesalers’ association ADF, and Federfarma servizi.

As part of the event, Fakeshare.eu & Fight the Fakes partners ASOP and the Pharmaceutical Security Institute (PSI), among other organizers, hosted The Fakecare Demonstration Workshop, on the 23rd April. The workshop discussed recent developments in combating  the online trade of fake medicines, as well as the production and dissemination of knowledge, counterstrategies and tools to fight the rising threat, across the European Union. Mario Ottiglio,  Director of  Public Affairs, Communications & Global Health Policy at Fight the Fakes Partner,  IFPMA, spoke on “Recent experiences and good practices across the EU: Fight the Fakes”. The Fight the Fakes campaign is delighted to provide its perspective and knowledge on the issue of fake medicines for the benefit of the workshop. For more information on the Fakeshare project, click here. 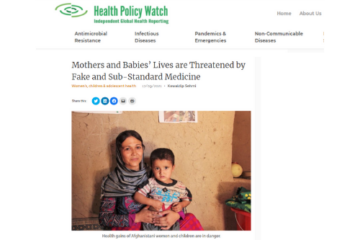 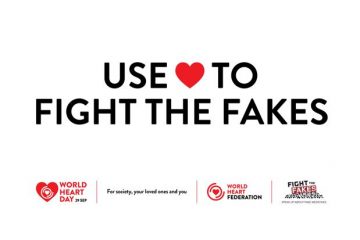 On the 29th of September, which officially marks World Heart Day, Fight the Fakes Alliance’s member the World Heart Federation will be launching their World Heart Day campaign, this year asking the world to “Use Read more… 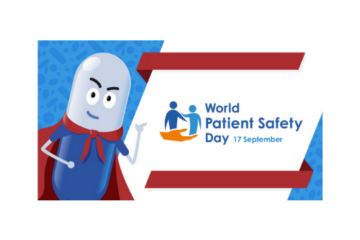 On 17 September join us in raising awareness about patient safety and how to keep them protected from substandard and falsified medicines! This year is the third World Patient Safety Day! This important awareness raising date Read more…