Tuesday 24 July 2018, Brussels – Fight the Fakes is glad to welcome the European Medicines Verification Organisation (EMVO) as the newest member in the campaign against falsified medicines. With EMVO’s mission to secure the legal supply chain from falsified medicines the organisation is a perfect match for the Fight the Fakes campaign and becomes its 37th partner. EMVO represents the efforts put forward by EU Stakeholders from within the medicines supply chain – including manufacturers, wholesalers, community pharmacists and hospitals – to secure the European pharmaceutical market. As the newest addition, EMVO will allow the Fight the Fakes campaign to amplify its voice and reach a larger public audience.

As the EU Falsified Medicines Directive (FMD) enters into force by February 2019, the cooperation between Fight the Fakes and EMVO is a great opportunity to increase awareness about the dangers of falsified medicines and what actions can be collectively taken to stop them. “We firmly support the actions to achieve a deeper understanding of the phenomenon of the falsification of medicines, to educate the public on the issue and to create a network of exchange of expertise.” said Andreas Walter, General Manager at EMVO. He adds: “The infiltration of falsified medicines in the European supply chain is an undeniable and continuous threat for patients’ health and security. In order to protect patients, the Directive introduces harmonized measures to prevent falsified medicines from entering the legal supply chain of the European market. An end-to-end verification system is being implemented through a European-wide system (European Medicines Verification System – EMVS) and the implementation of safety features in order to verify the authenticity of the affected medicines before being dispensed to the public. EMVO is strongly committed to guarantee that the implementation of the Falsified Medicine Directive is a secure and beneficial solution for all supply chain partners ensuring as overarching goal patients’ safety.

Chris Goetz from the IFPW Foundation, which currently holds the Fight the Fakes Secretariat, welcomes the new addition to the campaign: “Fight the Fakes has continuously grown since its inception in 2013 and now includes partners that represent all key players involved in medicines and vaccines from initial research through to patients.” Goetz continues, “We are happy to introduce EMVO to the Fight the Fakes campaign and are convinced that EMVO’s activities in securing the legal supply chain and network make an excellent addition to the campaign.”

Fight the Fakes is a campaign that aims to raise awareness about the dangers of fake medicines. The campaign gives a voice to those who have been personally impacted and shares the stories of those working to put a stop to this threat to public health. It seeks to build a global movement of organizations and individuals who will shine light on the negative impact that fake medicines have on people around the globe and to reduce the negative consequences on individuals worldwide. Fight the Fakes campaign is the first campaign to address the issue of responsibility from the beginning to the end of the pharmaceutical supply chain, by involving and coordinating stakeholders from a wide range of backgrounds.

In 2015, the European Medicines Verification Organisation (EMVO) was created as a joint initiative of EU supply chain stakeholders, representing manufacturers (EAEPC, EFPIA, Medicines for Europe,), wholesalers (GIRP), community pharmacists (PGEU) and hospitals (EAHP, HOPE) and is responsible for advancing the formation of the European Medicines Verification System (EMVS) in accordance with the EU’s Falsified Medicines Directive (FMD) and the Delegated Regulation (DR). It ensures the implementation of a functioning, secure, interoperable and cost-effective system across Europe, to ensure patient health and safety.

The WHO defines falsified medicines as medicines that deliberately/fraudulently misrepresent their identity, composition or source. Nearly any type of pharmaceutical product can be and has been falsified: whether “lifestyle” medicines, including erectile dysfunction and weight loss medicines, or lifesaving medicines including those used to treat malaria, tuberculosis, HIV/AIDS, cancer, heart disease, diabetes and other life-threatening conditions. Manufacturers of fake medicines do not discriminate –fake medicines can be both long established and recently marketed medicines, both branded and generic, and both domestically manufactured and imported. 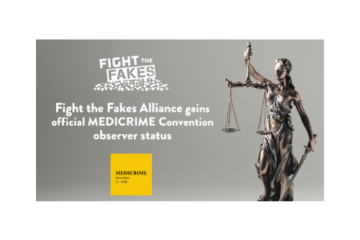 During the 5th plenary session of the Medicrime Committee that took place on 1 December 2021, the Committee of the Parties voted in favour of granting the official status of Observer to the Fight the Read more… 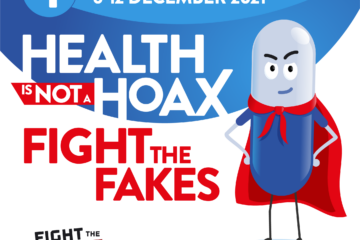 Don’t miss the events during Fight the Fakes Week

Register for the events taking place during Fight the Fakes Week! Monday 6 December REGISTER USP and Fight the Fakes Alliance are convening a panel discussion focusing prevention, detection and response framework to substandard and Read more… 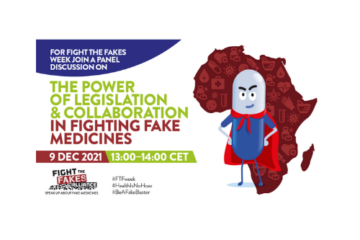 REGISTER Since 2018 Fight the Fakes, first as a campaign and now as an Alliance, has celebrated its annual Fight the Fakes Week to raise awareness about the dangers of substandard and falsified medicines among Read more…