I am a 27 year old consumer advocate born and raised in Kenya. I am the founder of Campaign for Safe Medicines in Kenya, an initiative against fake and substandard medicines through awareness creation and consumer empowerment.

Every now and again, there is a story in the Kenyan media about fake or substandard medicines being intercepted and destroyed by the regulatory authorities. This really disturbed me and I took interest in the matter.

Earlier in 2014 on a visit to a village along the shores of Lake Victoria, I had a conversation with a local fisherman that highlighted to me just how serious matters really were. The 25 year old family man had a sick 1-year-old daughter whom had been diagnosed with malaria by the nurse at the local clinic. Despite the little girl being on medication for malaria, the father was worried. The village had witnessed numerous stories of malaria patients losing their lives even after taking medicine, and his daughter wasn’t getting any better.

I later learnt that the villagers, living in an area that was not easily accessible, normally bought their antimalarials from just about anyone, mostly local traders of general household goods and foodstuffs in the open air market. It hit me that some of these villagers were definitely taking fake medicines unknowingly. An estimated 30% of drugs distributed in Kenya are fake—this means they could have no therapeutic benefit for patients, or even serious adverse effects.

Back in Nairobi, I decided to find out how much my family and friends, the general public and even healthcare professionals knew about fake and substandard medicines. What I found out shocked me. The average consumer I talked to, including some of my family members, did not know what fake medicines really were. Some, even university graduates, thought that fakes were generic medicines.

Something had to be done, immediately!

In June 2014 I decided to start a campaign aiming at educating consumers and raising awareness about fake medicines. Using open source tools from the internet, I created a website as well as a Facebook page and Twitter account. While a website and social media might not directly help a village fisherman living in an area without electricity, the +21 million internet users in Kenya can definitely benefit.

Campaign for Safe Medicines in Kenya has since been registered as a non-governmental organisation in Kenya. Through awareness creation and education, I am hoping to empower every single consumer to be able to protect themselves against fake medicines, and welcome them to participate in the global fight against these dangerous products.

As with this infographic in Kiswahili, consumers are advised to: 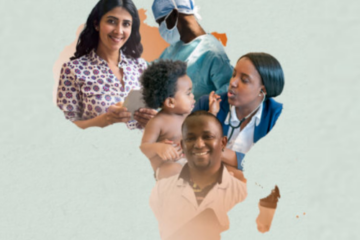