In the fight against fake medicines, everyone has a role to play

My name is Andrea Bomo and I am 24 years old. I am a journalist from Cameroon currently based in Birmingham. I was born and raised in Cameroon where I founded Akouma TV, a Yaounde-based production company which aim is to give a platform to Cameroonian artists, creatives and entrepreneurs and empower the African youth as a whole.

My experience with fake  medicines is quite unusual. At my family’s house in Yaounde in 2012, I started to have pains due to digestive issues. I asked my cousin to buy some medicine for me at the pharmacy next door and gave him some of money. When he came back with the tablet, I put it in some water. The only problem was that the pill didn’t dissolve in water like it was supposed to.

After they all had the same result and I started becoming suspicious. Confused, I called my cousin and asked him why the pill didn’t dissolve. I even checked the expiry date on the package to make sure that nothing was wrong. But everything seemed to be fine.

And at some point, my cousin almost convinced me that it wasn’t a big deal, that I should crush the pill by myself and drink it anyway. It was only when my mother arrived, luckily, and checked the package, that I understood what was going on.

She told me it was obviously a fake drug, and that this happens quite a lot. She started questioning my cousin on its origins. He finally confessed. As I gave him 5,000 CFA to get a specific drug at the pharmacy, he thought he would keep a little money for himself and went to a street vendor who was selling the same exact drug for 1,000 CFA.

I was shocked. Not only had he risked my life for a bit of money, but the saddest part of it is that he had absolutely no idea of the danger of taking such drugs. He believed, like he said, that “it would have the same effect since the package is identical”. He admitted that if he knew that it could have been dangerous for my health, he would have never done such a stupid thing.

The days following this incident, I started questioning the danger of poverty and ignorance about medicines in developing countries, and how it affects people’s lives.

Understanding the society I live in allowed me to understand why people would deliberately make the choice to buy illegal drugs. Many people run away from hospitals because of expensive consultation costs and as a result, people living in poorer, rural areas are more likely to practice self-medication and buy “affordable” (fake) medicines widely available in local markets.

But this isn’t only limited to poor populations. According to the National Council of the Pharmaceutical Society of Cameroon, 70% of drugs sold in Cameroon are traded on the black market, which means that almost every family is exposed to the dangers of fake medicines. We are all in danger when it comes to fake medicines and it’s everyone’s responsibility to educate, inform and empower those who need it the most.

In Cameroon, access to medicines is often linked to social status. People who lack resources are more likely to buy “cheaper” drugs that, sometimes, will cost them their lives. In markets and on roadsides across Yaounde, it’s very common to see fake drugs sold by street vendors and self-proclaimed pharmacists that also advice their customers/victims.

Sometimes people buy these medicines for their children and have no idea of the possible consequences. Some of these drugs contain chemical substances that can be threatening to people’s lives, especially to children.

However money isn’t the only issue. The price of malaria drugs in pharmacies and from the black market is hardly different and sometimes identical. But still, people choose to buy from the streets for the simple and unique reason that they don’t know any better. That is why I believe education is key to a healthier society.

Everybody has their role to play: the media, NGOs, pharmaceutical industry and the civil society. The government also has a big responsibility: providing equal access to medicines to the population, raising awareness about the danger of fake medicines in the population and at different levels of the supply chain, taking regulatory and strong legal actions to limit the infiltration of fake drugs into the market and supporting local and international initiatives fighting for the safety and health of the population.

In Cameroon, and in many countries around the world, a lack of information can be fatal. The lack of awareness regarding fake medicines in the population, including among healthcare professionals, has put the lives of many in danger and continues to kill.

Over 700,000 people die each year because of fake drugs according to the World Health Organisation (WHO). These alarming numbers will keep growing if we don’t take action. The fight against fake medicines should not only be the problem of NGOs and the pharmaceutical industry. Everybody is involved. It’s not only about counterfeit goods, it’s a human issue, and it’s about human life. 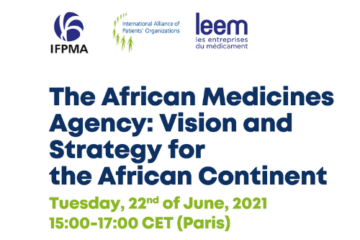 The African Medicines Agency: Vision and Strategy for the African Continent

Fight The Fakes is happy to invite its members and allies to the ‘The African Medicines Agency: Vision and Strategy for the African Continent’ event on Tuesday, June 22, 15h  CET.  The COVID-19 pandemic has highlighted the Read more…

Eliminating Falsified Medicines in Africa – How legislative frameworks can help

Fight The Fakes’ Academic/Youth chapters never cease to amaze us! We are delighted with their energy and dedication in the fight against substandard and fake medicines.  King’s College London Fight the Fakes chapter is kicking-off Read more…